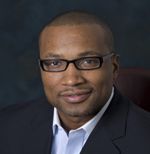 Mr. Eutsay began his career with State Street Global Advisors in Boston, where he was an equity trader in State Streets Securities Lending area. Upon leaving SSGA in 1998, Mr. Eutsay began his transition into fixed income trading with Capital Advisors Group. After Capital Advisors Group, Mr. Eutsay joined Columbia Management as Vice President of Fixed Income trading where he traded bonds for Columbia's core and specialist portfolios that totalled US$15 billion. Levence Eutsay founded Columbus Advisors Group in 2008 and has directed the firm's efforts in trading. Mr. Eutsay plays an active role not only in trading but in directing the company's overall business strategy and growth.

Mr Eutsay is a frequent speaker at conferences and investment clubs and has been quoted in publications such as The Boston Globe. He currently serves on the Economic Advisory Board at the University of Massachusetts at Amherst. Additionally, Mr Eutsay serves on the board of the Boston chapter of the National Association for Securities Professionals (NASP). From 1998-2000 Mr Eutsay held the office of Treasurer for the Men's auxiliary at Morning Star Baptist Church where he is an active member.

As Head of Investment Research and Co-Portfolio Management, Mr. Coleman is responsible for assessing the risk of various investments in order to safeguard the obligations of Columbus Advisors Group. His role includes: setting credit approval for all CAG fixed and equity investments, creating arbitrage opportunities in credit spreads. Ron also is the head of our investment process for all asset classes.

Prior to Joining Columbus Advisors Group, Mr. Coleman was Director and Senior Analyst for Columbia Management which he was in charge of credit approval for a fund with assets of over US$50 billion.

After leaving the asset management division of Bank of America, Levence Eutsay, bond trader and longtime investment banking professional, saw an opportunity. Mr. Eutsay gathered a group of high level professionals at his home to introduce an idea. This idea would later be packaged as a Liquid Alternative Strategy. The air of caution surrounding the strategy, due to volatility in the industry, was understandable. However, it would be from that gathering at Mr. Eutsay's home, that Columbus Advisors Group was born.

Launched in the spring of 2008, domiciled in the U.S., Columbus Advisors Group (CAG) began as a fixed income proprietary trading firm that used a Liquid Alternative strategy of investing. With $50 million in assets under management, CAG first opened its doors at 779 Washington Street in Canton, MA on June 18, 2009.

During 2008, the fixed income markets were under pressure and the Financial Crisis was at its height. Large institutions were collapsing and markets were plummeting. Prominent funds, investment banks and brokers that were a part of the American fabric, closed their doors. This time marked the worst financial crisis of its kind since the Great Depression.

While large traditional firms continued to produce negative returns and ultimately closed their doors, CAG produced high double digit returns to its clients. The strategy employed by CAG worked. Our firm experienced annual growth - starting in 2009 at $50 million and by 2010, CAG had over $100 million in assets under management.

It was in 2010 that Mr. Eutsay would turn to his old friend and colleague to launch CAG's equity platform.

CAG's assets grew to an unprecedented $300 million within four years. While financial institutions were losing money and laying off, CAG began to grow its assets and its team.

While CAG had a strong hold on the U.S. markets, there was an opportunity to run the Liquid Alternative strategy internationally. On February 28, 2013 Columbus Advisors Limited (CAL) was launched as the international London based sister company to CAG. Through CAL, CAG trades markets in Europe, China, Korea, Japan and Australia.

Registering with the Securities and Exchange Commission (SEC) as well as the Financial Service Authority (FSA) has become essential to the expansion of CAG and its affiliates. CAG's goal is to offer a unique strategy to our investors that produce competitive returns and lead the industry in creative and innovative approaches.